Andela the company building high-performing engineering teams with Africa’s most talented software developers, today announces the launch of a pan-African technology hub in its fourth African market: Kigali, Rwanda. To fuel the expansion, Andela is partnering with the Government of Rwanda through the Rwanda Development Board, an organisation responsible for transforming the country into a dynamic global hub for business, investment and innovation.

Emerging professionals on the local software development scene could soon debut on the international market following the entrance of Andela, a technology training and job placement firm.

The firm, which already has presence in Kenya, Nigeria, New York, San Francisco and Uganda recruits African software developers, trains them and places them in leading global tech companies.

The firm’s model involves recruiting top emerging skills, taking them through a six months paid training with about 900 skills checkpoints before offering them jobs as remote members of software development teams at leading firms.

Andela’s founders say that the firm was established with an aim to act as a pipeline of African software developers to the rest of the world by connecting them to the global digital economy.

“Africa, has the youngest, fastest-growing population on earth, with more people joining the labour force over the next 20 years than the rest of the world combined. By connecting engineering organisations to the brightest individuals on the African continent, Andela provides a bridge to close the talent gap while investing in the smartest, most creative minds in software development,” the firm notes on its website.

The founders held a belief that the African continent has plenty of smart people, who often lack the preparation for and pathways to gainful jobs in the field of software development.

“Andela partners with high-growth companies, which range from IBM and Viacom to dozens of venture-backed start-ups including Gusto and SeatGeek. We’re currently working with just over 100 partners spread across 45 cities worldwide,” the firm notes.

The firm’s entrance in Rwanda comes at a time when the country harbours goals of developing the local tech sector to facilitate the achievement of a knowledge driven economy.

However, despite these ambitious plans, sector players say that they often lack avenues for development of skills and competences that are competitive globally.

For instance, at the moment, despite having a partnership Carnegie Mellon University Rwanda to develop tech skills and link to the global market, the initiative can only benefit a small number of emerging skills.

Local tech enthusiasts are upbeat about the development noting that it’s likely to increase competitiveness and opportunities for them.

For Instance, Michael Mugabe, a local software developer, told The New Timesthat despite graduating from a regional college, his options to enter a competitive job market have been limited.

This, he said, had led him to settle for jobs requiring lesser skills sets.

Others says that the development will help bring in the latest advancements in software development into the country which will eventually lead to a more competitive sector.

“Eventually, we are likely to be part of a competitive ecosystem whether we are part of the initiative or not. Andela is likely to drive up the standards, practices and expectations leading the entire sector to grow,” Mugabe said.

Andela makes money by charging clients per workers placed on respective firms. Part of the proceeds are passed on to the worker as salary with collecting the remainder. 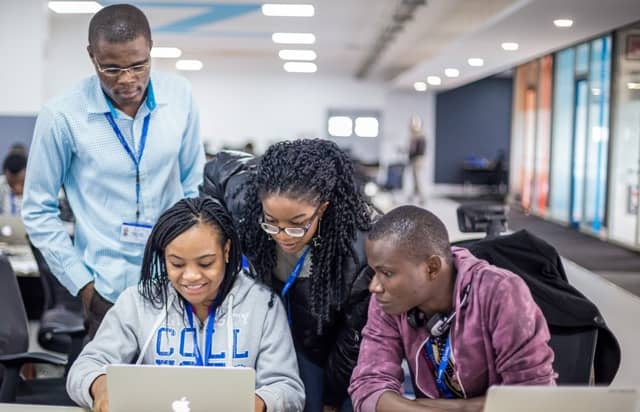