Boy draws President Macron on the spot In Nigeria 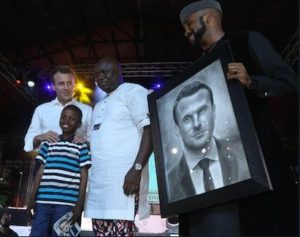 Kareem Olamilekan, 11, artistically drew a portrait of president Emmanuel Macron of France during his visit to the New Afrikan Shrine in Lagos.

The event held to showcase and celebrate African culture was hosted by Nigerian Artist and performer Banky W and Kenturah King.

Despite the pressure of drawing the president of France on the spot, Kareem completed the hyperrealist drawing In 2 hours, reports suggest.

The visiting president emphasised on the importance of the shrine to the African culture.

“The Shrine is an iconic cultural hub. And I say with a lot of humility that I recognize the importance of African culture. 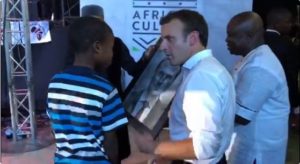 The New Afrika Shrine is the venue of the annual Felebration Music Festival which is currently managed by Femi Kuti and Yeni Anikulapo-Kuti. 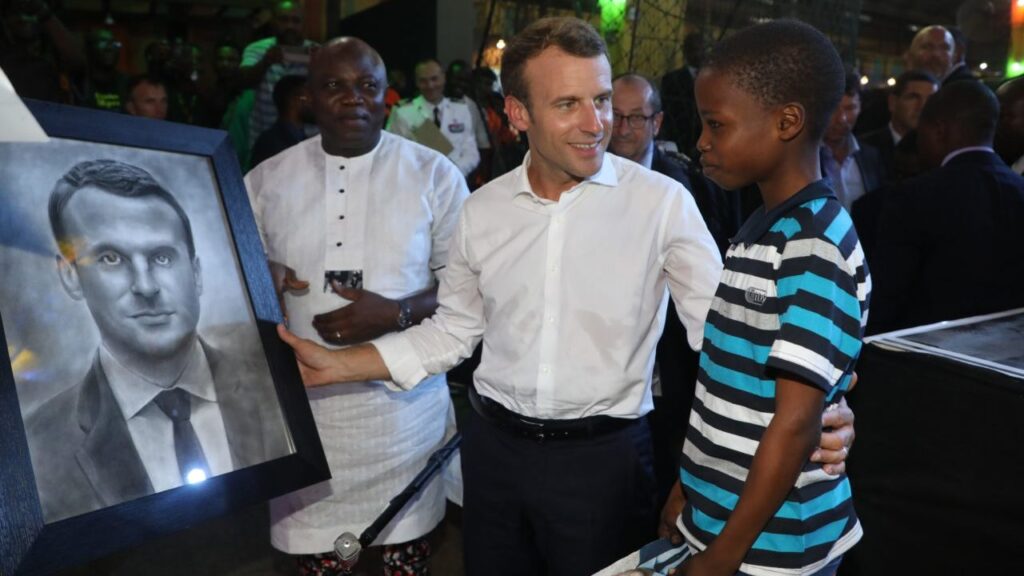