By 2022 Fintech Will Contribute $150 Billion to Africa’s GDP

The contribution of the financial-technology industry to sub-Saharan Africa’s economic output will increase by at least $40 billion to $150 billion by 2022, according to Financial Sector Deepening Africa, a development-finance organization.

The industry currently employs about 3 million people directly and indirectly in the region, FSD Africa Financial Markets Director Evans Osano said in an interview on Thursday. Sub-Saharan Africa’s gross domestic product is about $1.6 trillion, according to data compiled by the International Monetary Fund.

“If you look at the value chain, most of that money is coming out of mobile-phone companies,” Osano said. “So from the other support services the contribution is not much, but is expected to increase as fintech develops to address the financial needs of people or making services more accessible.”

Safaricom Plc, East Africa’s biggest mobile-network operator, developed one of the world’s first mobile phone-based money transfer services, and says 88 percent of its almost 30 million customers now use it. About 21 percent of adults in sub-Saharan Africa have a mobile-money account, nearly twice the share in 2014 and the highest of any region in the world, according to the World Bank’s Global Findex Data.

“What we’re focusing on is data, availability of data and how institutions can take on this data and utilize it to gain better insight of their customers and product development,” he said. 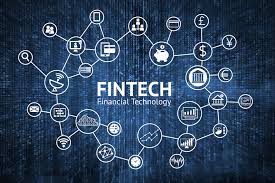